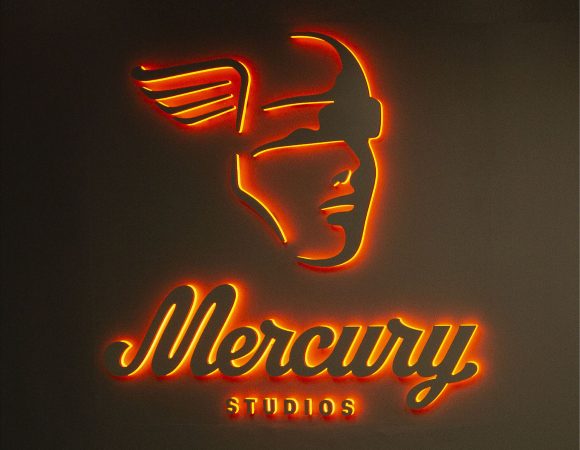 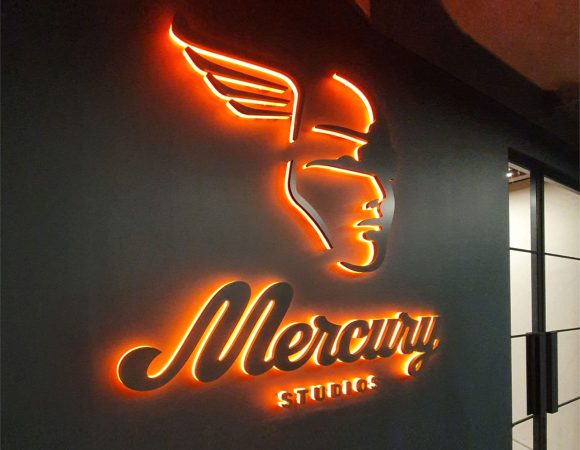 Mercury Studios, part of Universal Music Group, were after a custom piece of signage for their London headquarters. Complete with winged helmet, their logo is a variation on the ‘Mercury Man’ graphic logo of the original Mercury Records label.

We translated the graphic into a solid, 3cm-thick facade and added an interior of orange NeonPlus LED illumination to create a softly suffused halo effect. The logo itself measures over a metre high and is mounted onto a backing more than two metres high, spray coated grey to match the wall on which it’s mounted.

Mercury Studios has offices in London and LA, and in its young life has already accrued a panoply of awards including an Oscar and several Grammys and Sundance Film Festival awards.