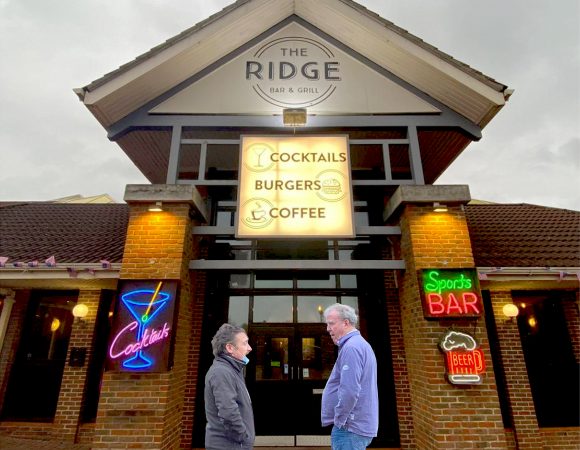 Kemp London recently left the studio behind to head out on location in Swindon with Jeremy Clarkson and team, as they filmed segments for the long-awaited new episode of The Grand Tour.

We’re not able to give too much away at this point, what with the episode’s content being a closely guarded secret. Suffice it to say that Clarkson, Hammond and May were all present and correct, and their choice of motors did not disappoint.

The Grand Tour is available exclusively on Amazon Prime Video. Having premiered in 2016, it’s now into its fourth season, and fans wait with bated breath for news of the next episode drop. The latest episode will be the second of this season, following a year-long gap since the first, and is due to be released in December.

Keep an eye on our site for more information – and photos from the day – once the show airs.