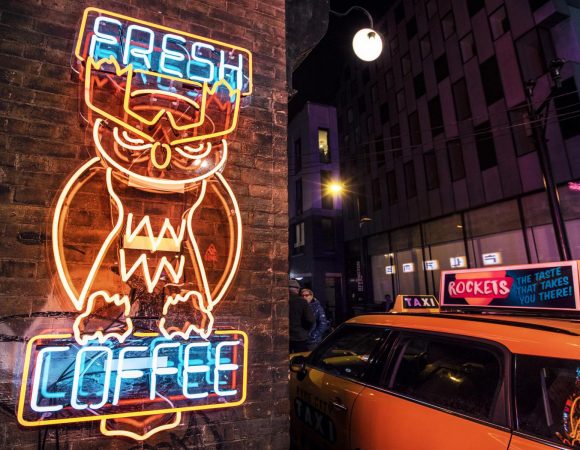 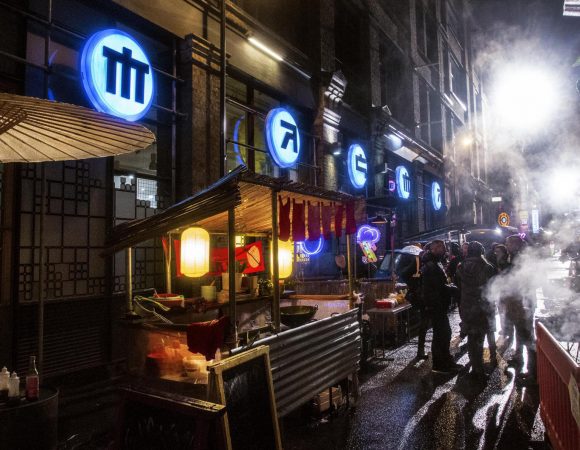 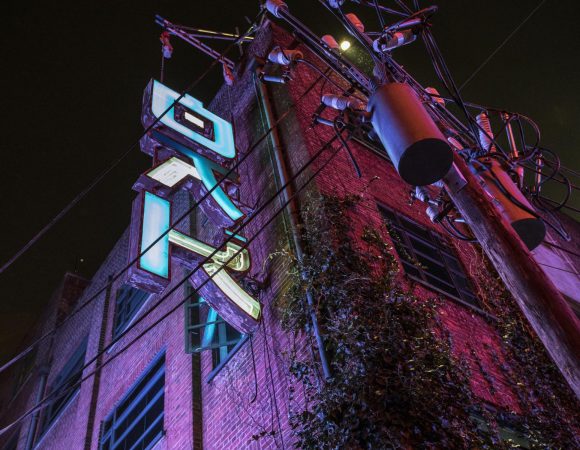 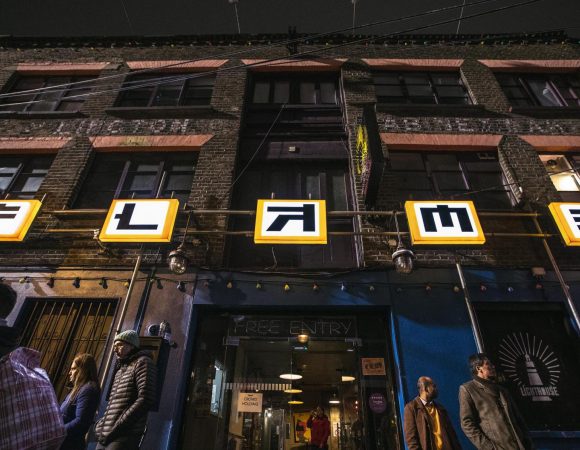 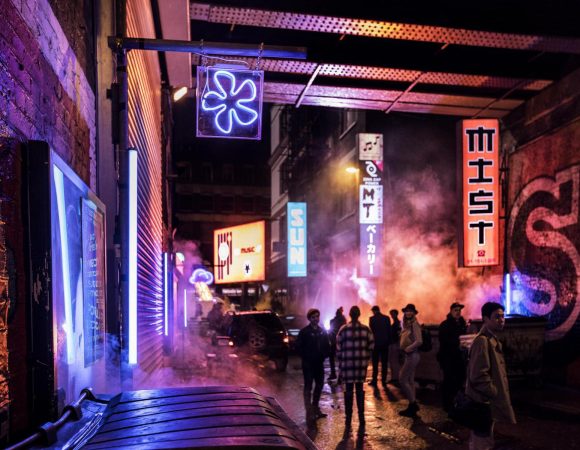 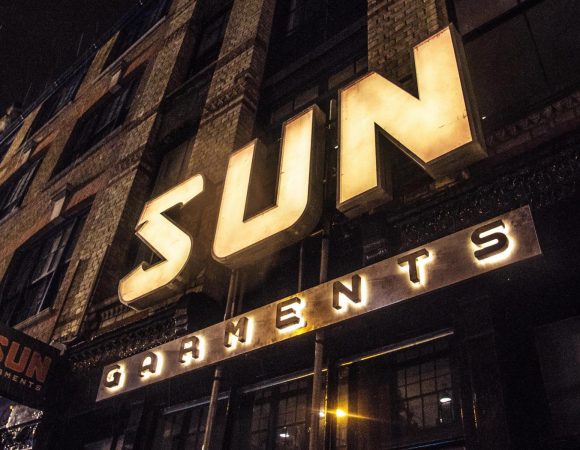 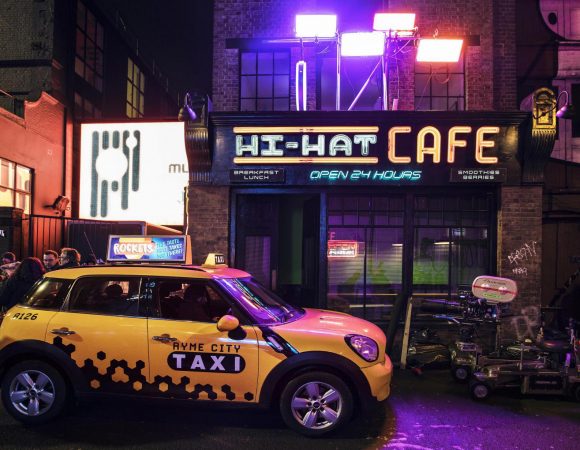 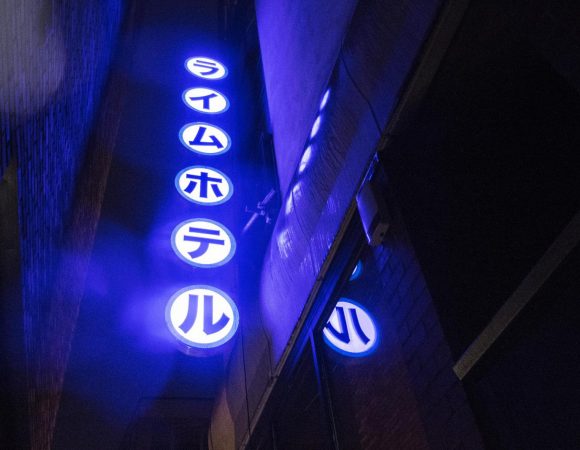 The highest-grossing media franchise in history, Pokémon was born in Japan and soon seeped into global culture, starting as a video game and swelling into trading cards, anime film series, comics and a theme park. Now the pocket-monster juggernaut has earned its live-action big screen glory. Rob Letterman’s Pokémon Detective Pikachu was released in May 2019.

Kemp London was instrumental in bringing about the movie’s ultra contemporary neon ambience and bespoke signage. We manufactured a vast number of pieces over a tight six-week schedule during filming, which ran between February and March 2018.

Much of the filming took place in Rivington Street, Hackney. The entire road was closed off for the weekend and our signs were positioned onto the building facades by crane. We produced built-up 3D lettering in the unmistakable Pokémon typography as well as fascia signage for Hi-Hat Café and Ryme City Police Department. Also on our brief were large-scale projecting pieces, the mayor’s podium sign and various larger-than-life neon props.

A few sections were filmed at the Chatham docks in Kent, while the Ryme City Police Dept scenes were shot in Broadgate Tower, City of London. The interior Hi-Hat Café scenes took place at Shepperton Studios, following which the whole set was transported and reconstructed in Rivington Street for the external shots.