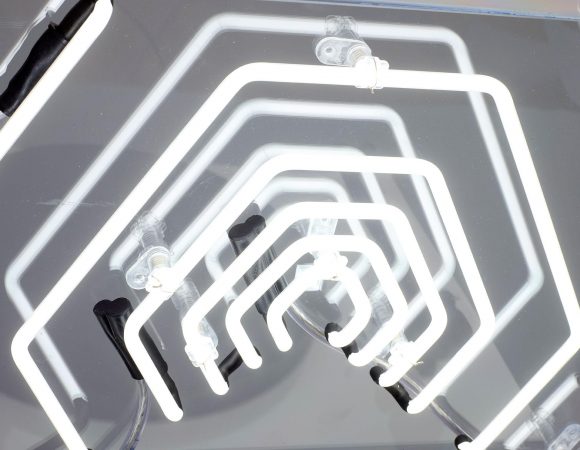 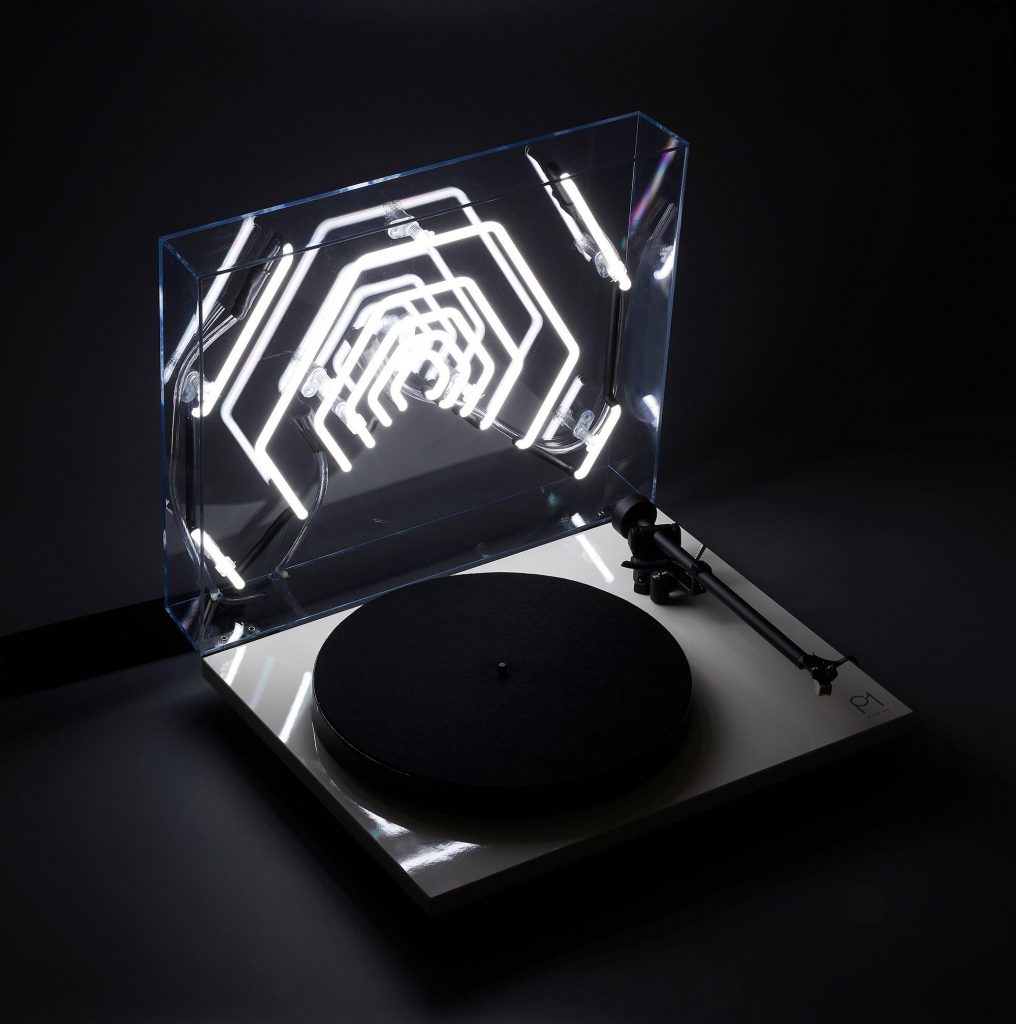 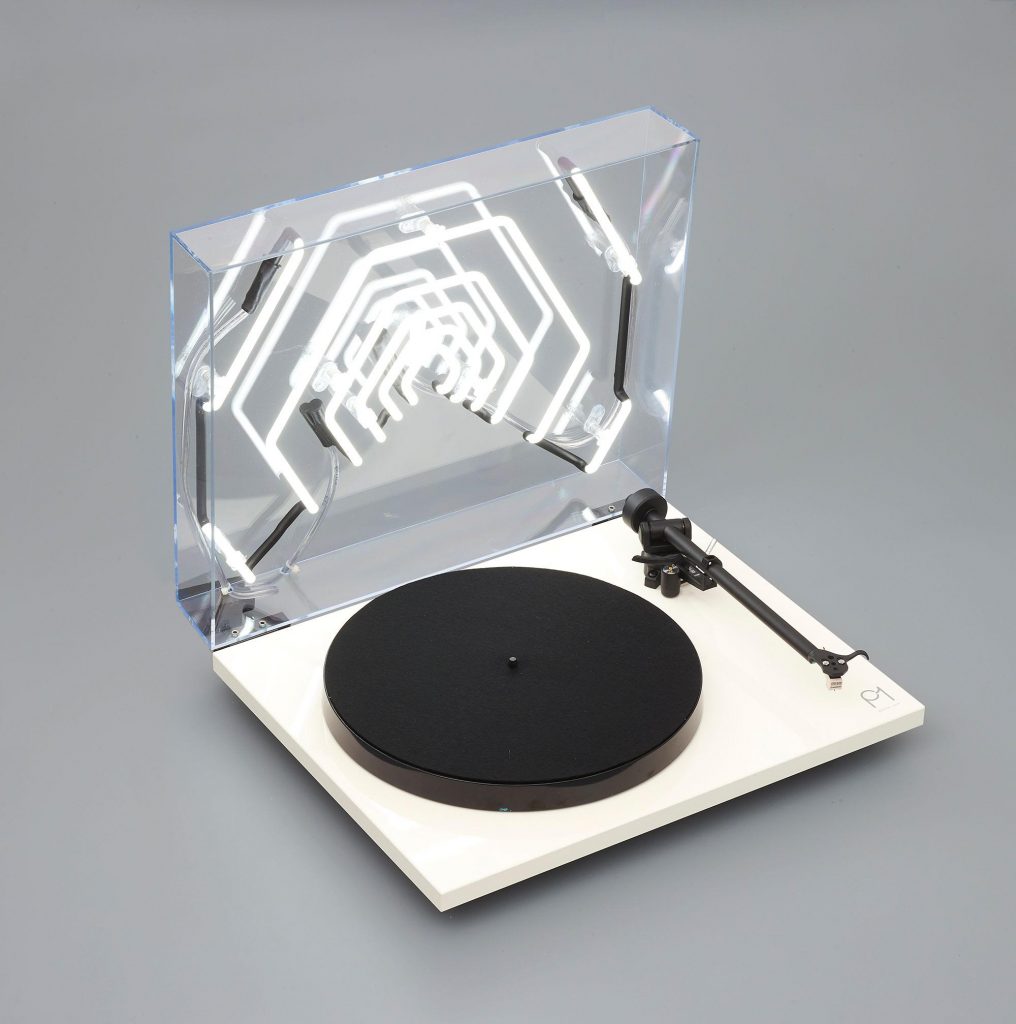 In 2015, Kemp London fulfilled a brief for artist Tony Hung, resulting in the now-famous neon ice cream and Chinese lettering that make up Blur’s The Magic Whip album cover. We were happy to be approached by Hung again, this time to produce one of his designs for a charity auction.

Hung is one of 15 artists who were invited to contribute to the Planar 1/1 project, launched by Secret 7”, in aid of the charity Help Refugees.

The artists, including Alison Goldfrapp and Paul Smith, were tasked with designing one-of-a-kind Rega Planar 1 turntables. Pre-bids for the works are already open and will culminate in a live streamed auction on Thursday 12 th November, with all proceeds going to the charity.

The crowning feature of Hung’s design is a series of concentric neon arcs, which Kemp London created according to his design brief. Viewed in the dark, the turntable’s clear cover acts as a mirror, amplifying the bright white neon. The piece is entitled 3 A.M. Somewhere Out of Beaumont.

All 15 creations will be on show from 4 th –⁠ 12 th November at NOW Gallery in North Greenwich. To visit, book a time slot via Eventbrite, and see how each artist put their own spin on the iconic turntable.